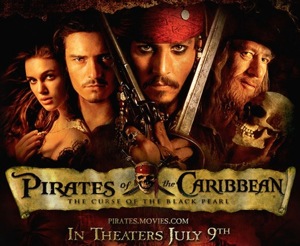 The Dutch Considerati think tank reported earlier this week that there is still widespread  downloading in the Netherlands. But for an allegedly ‘broad’ piece of research, some key parties were missing – Bits of Freedom, for example. Nor did the study consider fundamental questions about the social or economic value of copyright that lasts for more than a century (when once it only lasted for 15 years), probably because those ordering the report did not want that question asked, let alone answered. There was also no mention of the copyright industry aggressively lobbying behind closed doors where laws are hammered out that our European representatives are not even allowed to see, let alone influence.

The entire debate is reduced to a financial accounting exercise for a particular industry. So all is perfectly OK then, as I have nothing to do with it – I don’t work in that industry – nor indeed do the vast majority of people. The comments  on Webwereld.nl quickly show that almost nobody takes such research seriously.

A lawyer from the American RIAA recently added some colour by saying that the public domain blocked free market capitalism. So much honesty can be scary sometimes. But the recent high point of the "e"G8 meeting in Paris was when Sarokozy and a few captains-of-industry gathered to decide what we should be allowed to do with our internet in the future. In response, a few uninvited representatives of civil liberties organisations held their own press conference (video – Lessig sums it up nicely from 7:00 minutes onwards).

These examples make it absolutely clear that the idea of any reasonable discussion with these vested interests is pure fiction. Wise people like Prof. Lawrence Lessig have been trying to start such a discussion for a decade, without success.  Writer and activist Cory Doctorow also tries to find a reasonable ‘middle ground’ between the interests of authors, the copyright industry and the rest of society, and himself provides a good example with his DRM-free books. The copyright industry (or “entertainment industry "in the Considerati report) ensures that any such a discussion is absolutely impossible by claiming industry interests and rights are absolute, without providing much of a broader social context. Large parts of the Considerati report read along the lines that providers of bottled mineral water are losing a lot of money because the local municipality washes its buses with tap water.

This week, a UN report declared that uninhibited  access to the internet was a human right. This makes the French HAPODI law (whereby, after three alleged transgressions, the citizen is disconnected) a human rights violation. As long as people have internet access, they will download material. If there is anything to be learned from the internet’s last 15 years, it is that repressive measures against making digital copies always fail. Next year there will be yet more storage, wider bandwidths and cheaper processing power. This will only stop if we give up those basic rights as defined by the UN. A digital police state of Stalinist proportions would be needed to prevent copying. It is not insignificant that it is the copyright industry itself that is blocking any real move towards a wide-ranging public discussion on the reform of copyright.

There is a well-known rule for complex projects: Good, Fast, Cheap – choose two. You can get good and fast but it will cost. Good and cheap is possible, but it may require a little patience.  All three at once is usually not possible. We can apply a similar formula to the ‘download debate’:

We can have the internet with the current functionality and openness while maintaining the right to privacy and free speech – but maintaining a 20th-century copyright model at the same time is impossible. Or we could give up our privacy and other civil rights to allow one specific industry to earn money in the same old way for a little longer. A last option would be to switch off the internet. But that is not realistic: a country like the Netherlands could not survive a day without the internet, any more than it could survive without electricity.

As a society we’re going through the painful realisation that we can only have two out of the three options. Different vested-interest groups would no doubt make different choices but, like the vast majority of the people, I opt for the internet and privacy (this symbolises a whole range of civil rights). And thus the outcome of the process is already established, assuming we have a somewhat-functioning democracy (ACTA people do sometimes have doubts about this). Lawrence Lessig once joked during a presentation in Berlin that he, like Gorbachev, wanted to reform the system enough so it could be kept in place. Reform does not appear an option, rather a non-violent revolution is likely to happen.

Like any social change (the abolition of slavery, universal suffrage), this is also accompanied by heated debates, occasional legal sabre rattling and periodic propaganda reports from hired guns. But historically that will be just so much background noise. Maybe there will come a time, in the not too distant future, when basic civil rights make a comeback, upheld by the legislature and supported by the law enforcement agencies.

Until then, we citizens must defend our online rights with technical skills. Privacy can be upheld with crypto. To ensure mobile network neutrality,  run all your traffic through a VPN . On a day-to-day basis, it is not crazy to suggest that we should all explore the use of privacy tools more thoroughly.

Debate between HAR2009 en BREIN at Hacking at Random